Peek-a-Boo Is So Much More Than Baby ... 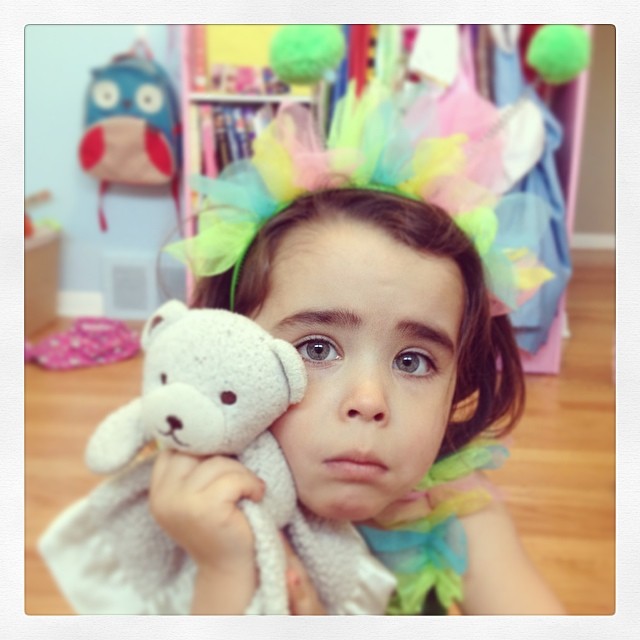 We’ve talked in previous posts about the importance of play and how to support/expand the play with a child (see examples here and here).  What happens when you are playing with a child and they make an ooops?  Maybe they fill their pretend car with juice rather than gas, mix a Star Wars figure into their pot of soup, or give out the green medal for first place in the race…  As tempting as it is for adults to fix or correct the “mistake” right away, by doing so, we actually may be missing out on the opportunity to share in that child’s magical imaginative world.

Let’s discuss each of the 3 examples a bit more:

When playing with cars, it is inevitable that the car (train, truck, or any vehicle) will need to stop to refill the gas tank, but what would you do if the child proudly proclaims that (s)he is going to fill it up with grape juice?  What would you do?  It is so easy and natural for  adults to jump in and to teach the child the “correct” answer, “No, cars don’t run on juice. They need gasoline”.  But is the goal of the play scenario to learn about the mechanics of a car and how an engine runs? One of the biggest concerns that parents and professionals have is — if I don’t correct it, what if (s)he never learns the right answer?  And that’s a valid concern if the adult and child were having a discussion about cars.  But play is the one (and only) time when children can be creative and think outside-the-box — so let’s indulge this line of thinking a bit more.  What if we were to make it more outrageous and fun by responding to the child’s comment with “Uh oh, the gas station doesn’t have any juice, but they have chocolate milk — do you think that would work?”.  Emphasize the silly, have fun with it, and see where the child’s imagination takes the play.

In the second example, the child is playing with the pretend food/kitchen (one of my favourite childhood playtime activities) and they’re making a huge pot of soup.  They may be taking their role very seriously, stirring and adding all sorts of ingredients: tomatoes, onions, bread, and the pièce de resistance, a Star Wars figure.  You might be thinking — oh no, the child doesn’t understand that you cannot cook plastic figures or worse, should I be concerned that (s)he wants to throw “people” in boiling water? Let’s slow down and back up a bit. If the child is “playing with” pretend food/kitchen, they are already showing us that they understand the difference between pretend and real.  After all, they have probably seen parents cooking in the kitchen with real ingredients.  They are likely using this real-life scenario as a jumping-off point for an elaborate and sophisticated play sequence, or maybe the child accidentally threw it into the pot, or (s)he is curious to see how the adult will respond, or maybe they thought it would just be fun.  Why not let the play evolve and respond accordingly?  Maybe when the child serves up the soup (complete with R2D2 or BB-8), you taste it and go “Ewwww….  There’s a robot in my soup!” and see how the child responds.

In the last example, the child may have had a pretend race either with an adult or another child.  And at the end of the race, the child exclaims, “You’re the fastest, you get the green medal!”.  In this moment, we are thinking — uh oh, maybe they don’t understand that the first place winner should be given the gold medal, maybe I need to correct them and interrupt the play.  But why not delve in a bit deeper and try to understand their thinking a bit more – how did they come up with the idea of a green medal?  I might ask in the play — “Why does (s)he get the green one?”.  Maybe the child explains that the green medal goes to the fastest runner because ‘green means go’; or the first place winner gets the green medal because green is their favorite colour. By finding out a little more more about what the child was thinking, it builds capacity for thinking and reasoning.  Stretch that creativity and see where it goes! There are plenty of articles about childrens’ creativity and how it exceeds that of adults.

Throughout the day, there are so many great “teaching” moments as well as fun “playing” moments with children — while they don’t necessarily always overlap, the child is most definitely learning from both of them!